Welcome to Hustle in Faith. This podcast is dedicated to helping you find your trail to a happier healthier you by discussing topics regarding Christianity, health & wellness, beauty & so much more! I’m your host Tosha Johnson.

Listen I’m not into politics. I’m going with the less of the evils because even though i’m left feeling uninspired by both candidates,  I’m definitely not going with the dude who is clearly a racist and is hell-bent intent on starting another Civil War. Clearly, Trump is not in my best interest…

In Episode 122, my friend Chris shared that Germans are more afraid of Trump than the Coronavirus. Let that sink in…What’s even sadder is that I’m fairly confident that the majority of Black and Brown people feel the same way check out the episodes on the Hustle in Faith website under the category Random Thoughts/ Racism.

I’m not into politics so needless to say I haven’t felt compelled to watch any of the debates because I’m just so tired of hearing all the lies. However, I do try to have a balance because I know for a fact that my students overseas are going to have questions so I want to make sure I’m in a position to give them answers.

So I was able to catch some of the highlights (using air quotes). When I was in high school, I was captain of my speech team. Let me tell you they need to hire the high school teachers that moderated the speech team events because clearly, Susan Page is incapable of being a moderator.

That is not how you moderate a debate…However, what I found myself incredibly infuriated by was Pence’s behavior. She was respectful towards him, but he kept cutting her off when it was her turn to speak every chance that he could get without being reprimanded by Susan Page.

It is for this very reason, why my favorite clip from that debate was Kamala Harris looked Pence directly in his eyes and said, “I’m Speaking,” and she continued her response. She kept going even after Susan told her that her time was up.

That moment resonated with so many women for a variety of reasons. Feel free to Google I’m speaking Kamala or look on Twitter. In fact, I’mspeaking was trending on Twitter for a very long time after the debate took place. Pence’s behavior is all too familiar for so many women, but especially black women. How Pence behaved in front of millions of people is what many women, especially black women, have to face on a daily basis in the corporate world.

I’m well aware that not all white men act like Pence, but unfortunately, it’s been my experience that a good 80 to 90 percent of them do or condone that type of behavior. I just wish that I could clone the white guys that I know and are friends with so that they could knock some sense into these idiots…

Now, I’m bringing special attention to black women, because there is a very real double standard that exists in the corporate world when it comes to Black women. My mom trained me well. My mom worked in accounting, so needless to say she definitely had to endure people attempting to see how much they could disrespect her and they quickly found out that that was not an option. She would and has always made sure that her voice was heard and she taught me to do the same.

Seeing Kamala Harris put Pence in his place brought me back to all those mock sessions my mom used to have with me early on in my career. She warned me early on that the scene we saw with Kamala Harris would happen throughout my entire career but under no circumstances was I ever to allow some idiot to disrespect me in any way shape or form. I will never forget early on in my career how my mom and I would actually pretend to be in a heated discussion and she would pretend to be a jerk like Pence. Regardless of how many times she cut me off I was to continue talking despite her attempts to switch the topic or get me to stop speaking before she did.

I know what my mom did may seem a bit extreme to some, but I’m fairly certain that at some point in time every Black mom has performed some variation of this exercise. I’m so blessed that my mom did this exercise with me because it was exercises like this and constant pep talks that made me the confident Black woman that I am today.  My mom did NOT want me to buy into the Angry Black Woman stereotype. In case you’re not familiar with this stereotype it characterizes black women as bad-tempered, hostile, and overly aggressive.

Regardless of how respectful a Black woman is when you disagree with someone, especially a white man, you will without a doubt find yourself being labeled angry. Obviously, this isn’t true, you’re just trying to give your opinion. Yet, when you share your idea and it’s better than theirs, you best believe that not only did you find yourself in a white tears situation but you will without a doubt be labeled as the angry Black woman.

See my mom taught me early on in life that the reason this stereotype exists is that those who wish to give you this label want to control you. Their goal is for you to willingly play the role of being a happy doormat. They take your disagreement with them as if you’re personally attacking them and questioning their authority.

This label exists as an attempt to silence Black women from speaking up because they don’t want us to take control of our power. They hope that we don’t speak up for ourselves for fear of being accused of being just like the stereotype. Here’s the thing that is so incredibly infuriating. When a white woman shares her idea or shares why she disagrees with a teammate she is viewed as being passionate. A Black woman who does the EXACT same thing is viewed as angry.

Look at Pence’s behavior. If a Black woman behaved the way that he did, she would be crucified. Despite Kamala keeping cool, calm, and collective, some, mainly white men, accused her of being disrespectful. Are you kidding me?!

This is why  I’m so happy that Kamala held her ground. She did exactly what my mom taught me to do. Disrespect is not an option. Don’t let anyone or anything steal your crown. You can’t control people’s actions, but you best believe that you can control your reaction, and it better not be to buy into that ridiculous stereotype.

Everyone has the right to express themselves and I should not feel ashamed to do the same. When white men are confident they’re praised but that same trait embodied by a Black woman is vilified and penalized. I’m embarrassed to admit this, but even though my mom and I did all that role-playing in order to prep me for the corporate world there were times early on in my career where I still allowed myself to give in to the fear of being viewed as this stereotype.

I’m a super creative person. I’m always coming up with revenue-generating ideas. However, early on in my career, I went through a period of time where I decreased the number of ideas that I shared during meetings because I was just so tired of being cut off, hence, why I speak fast, otherwise, I’d never get a word in edgewise. Other reasons why I decreased sharing my ideas is because I got sick of being told we couldn’t implement my idea because that person didn’t think of it first or worse sharing my idea and then having it taken more seriously because a white guy said it.

I remember how angry I was at myself at not voicing my opinion, defending myself or my ideas. I couldn’t sleep and it was definitely taking a toll on my confidence. It took me a minute, but I definitely express myself now. If a coworker wants to join me during one of my client meetings, I make sure we’re aligned in who is leading the meeting because I’m not about to have someone talk over me with my own client. That ain’t happening.

I remember how powerless I felt early on in my career and I will never allow myself to feel like that again. Honestly, those experiences that I had early on in my career is what made me realize that climbing the corporate ladder was a colossal waste of my time. I’m not willing to play this ridiculous sick game and risk my dignity and health. It’s more important for me to maintain my confidence so I’m willing to let the chips fall where they may. I know there’s more than one way to achieve success.

God has shown me on more than one occasion that my voice is a gift.  Doing voice-overs is literally one of my side hustles. I’ve been fortunate to do company tutorials, commercials, and a bunch of other projects. So you gotta love the irony that using my voice to express myself is viewed as a threat.

It’s unfortunate that some may feel this way, but I will always continue to speak because I have the right to be heard. If you make the mistake and think you can prevent me from doing so, don’t be surprised when I remind you that, “I’m speaking,” and it’s in your best interest to listen so you can learn something new.

Thanks so much for listening to today’s episode. Don’t forget to take the How Well Rounded Are  You in Life quiz and check out  StarenguCrew, our new fitness apparel shop.

If you enjoy Hustle in Faith’s content, please consider becoming a supporter by donating, purchasing a  Hustle in Faith journal  or an  item from StarenguCrew in order to help offset the cost of producing this show.

Be sure to connect with us on Facebook and Pinterest. Remember, if you’re everything to everyone then you risk being no one. You never know who will inspire you in the next episode!

Episode 111: Random Thoughts: Are you the problem or the solution?

Tosha Johnson is the owner and creator of Hustle in Faith. She is a Christian lifestyle podcaster who provides advice about faith, fitness, nutrition, beauty, and so much more! Hustle in Faith is dedicated to helping you find your trail to a happier healthier you. 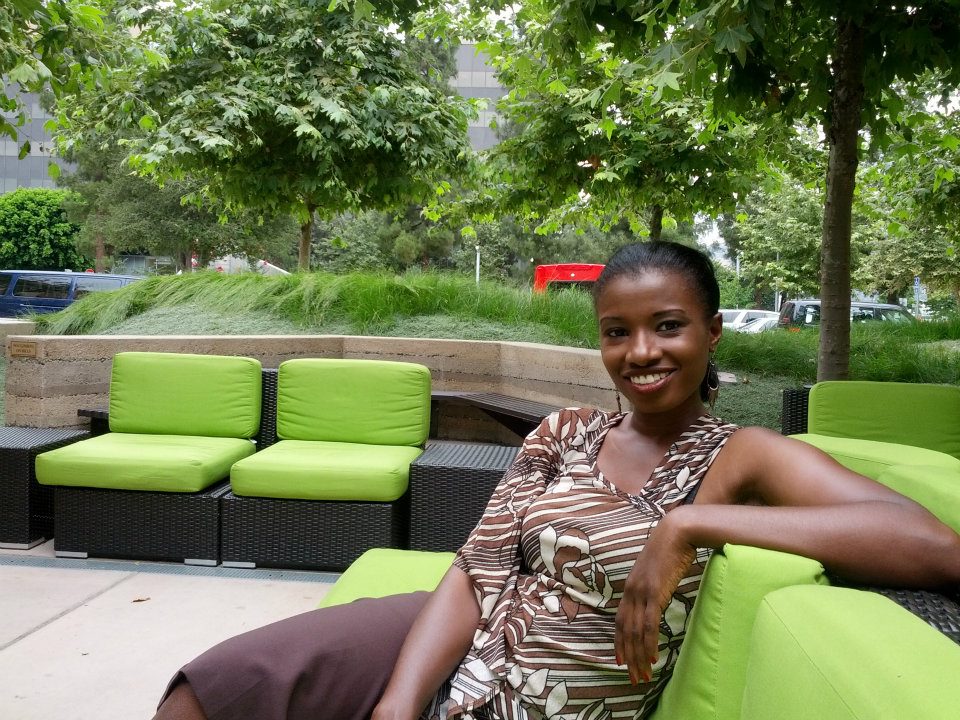 I'm a Christian, who is passionate about nutrition, fitness and beauty. I've also been known to share my two cents as well. ;) My desire is to live an extraordinary life. You're more than welcome to join me on my journey. You may just find your trail to happiness along the way! 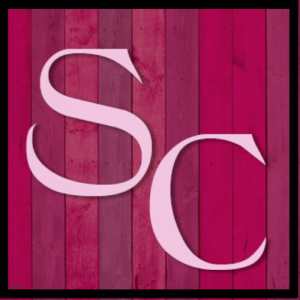 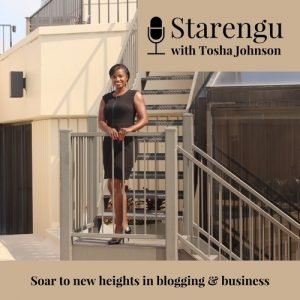